On 22 December 1847 at the House of the Society of Arts at 8 John Adam Street, WSW gave his paper On Lithography. It was very well received. 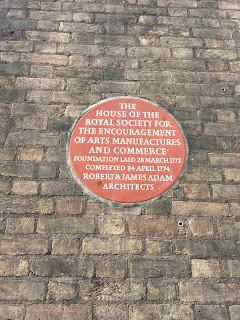 I imagine the conversation. “Is this the man who has published Currer Bell’s Jane Eyre?” Indeed it was he and the firm he worked for, Smith, Elder&Co.

Forty years earlier he had lived with father, mother and brother (my great grandfather) at 408 The Strand. WSW’s brother managed the surgical instruments business of Weiss & Co at 62 The Strand which backs on to the RSA. Would Richard Williams have been there to hear his brother’s paper on 22 December 1847? 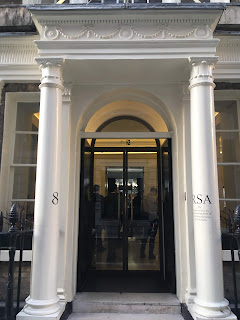 So I can imagine WSW going up the stairs of the RSA to the Great Room to the audience awaiting his paper, only there wouldn’t be the portrait or the list of Society Presidents for it wasn’t awarded its Royal Charter until 1848. 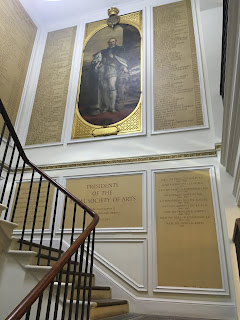 Posted by PhilWriter at 09:09 No comments: