The title of this post is my current working title for my biography of William Smith Williams, with the strap line: Friend and mentor to Charlotte Brontë and a host of Victorian writers and artists

The name, William Smith Williams, will strike a chord with readers of Bronte biographies. He was the reader at Smith Elder &amp; Co who first spotted Charlotte’s genius. He then nurtured her talent, as is evident from the one hundred or so letters she wrote to him in the course of her short career.

But who was he? Whence had he come and whither did he go? A passage from a letter his brother in law, Robert Hill, wrote on his death urges exploration: ‘There were complementary notices of his death in nearly all the papers. Nobody could have been more universally beloved or respected than he was.’

I was helped in my search by the genealogical work carried out by Mr Norman Penty and written up in his booklet, The Discovery of Charlotte Brontë William Smith Williams 1800-1875 – a Genealogical Quest. In 2006 Mr Penty kindly contacted me and told me of the family tree that he had painstakingly researched. He contacted me because my name appears in the tree as the great grand son of WSW’s brother. The other huge source of help was from the late Margaret Smith’s edition of the letters of Charlotte Brontë. I visited the Brontë archive at Haworth, the Ruskin archive at Lancaster and the Smith Elder archive in Edinburgh, discovering in each place true gems. I have had access to some wonderful family letters.

My researches are bearing fruit and appear in an article for Bronte Studies published in April 2019 and will be part of a biography which I am now seeking to publish. 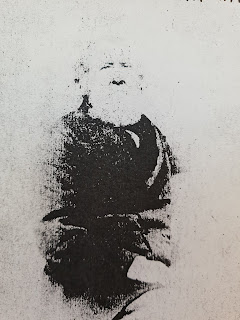