Charlotte Bronte wrote of seeing William and some of his children at a Ball. Having seen William's relatively modest house, I wondered what such an event might have been like. If you are watching Julian Fellows’ Belgravia on ITV, you may gain a sense of the social life on the fringe of which William and his family lived. 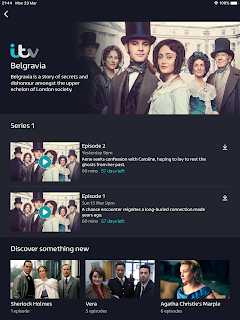 I was fascinated to find another connection with my current work in progress which, amongst much else, looks at aspects of the industrial revolution. Fellows has a character who as a young man owns a cotton mill in Manchester importing raw cotton from India. I am discovering the huge impact that the cotton industry had.
A third connection is with another of my books, MacRoberts Reply. Alexander MacRobert went as a young man in 1870 to Cawnpore in India (known as the Manchester of India) where he grew the British India Corporation with interests in all manner of textiles.
Posted by PhilWriter at 14:51