Did John Ruskin play as big a role in William's life as did Charlotte Bronte?

The University of Lancaster is home to a wonderful archive of John Ruskin's work. I spent a day there looking at his diaries and some of the other manuscripts he left.

To me of greatest interest was the 1861 first edition of Selections from the writing of John Ruskin edited by William Smith Williams. It is an alladin's cave. It shows the breadth of his interest, from fine art, through architecture to political economy.

Quite when William first met Ruskin remains unclear, however there is every reason to believe that William read the first volume of his first book Modern Painters very soon after publication in 1843/44.

William was certainly in 1843 a regular contributor to the Athenaeum Periodical. I have found some eight art and theatre reviews which he wrote that year. On 3 February 1844 a lengthy review of Modern Painters by a Graduate of Oxford appeared in the Athenaeum. It was scathing. Who was this young pup saying such modern nonesense. It is clear that William thought otherwise. He shared with Ruskin a love of Turner, especially early Turner landscapes which they both felt followed the path set  out by watercolourist, Samuel Prout.

In the 1860s, Ruskin turned his attention to political economy and wrote a series of articles together under the title Unto the Last for the Cornhill Magazine, published by Smith and Elder. He then wrote further lectures which came together in a number of books. In the archive there are personal letters from Ruskin to William concerning the publication of these. 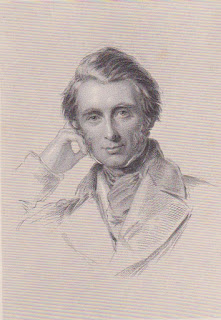 Email ThisBlogThis!Share to TwitterShare to FacebookShare to Pinterest
Labels: Ruskin