William moved from Paddington to Harmood Road in Kentish Town at about the time of the Great Reform Act of 1832.

They lived first at 25 and then at 31. I visited there on Saturday, only to find that those numbers now attached to modern town houses. I had hoped to see number 31 a step up in the world for the Williams family. Happily over the road the original late Georgian houses remain and are wonderful. 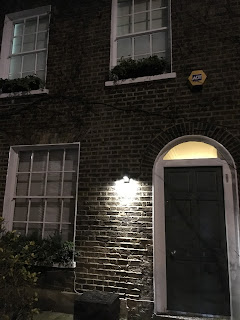 I mentioned the Great Reform Act because it extended the franchise to included those owning houses worth more than £10 per annum. Did the Harmood Road properties cross the qualification threshold? I haven't yet traced William to the electoral register, but I will keep looking.

He was at the time working for the pioneering lithographer, Charles Hulmandell, but also in touch with influential periodicals such as the Examiner, Athenaeum and Spectator. In due course he would become a contributor of articles on art, theatre and literature.
Posted by PhilWriter at 08:28